In Hong Kong it takes a great deal of effort to try to image what is underneath the layers of concrete, high rises, pavement.  Most of the time I cannot even image what the natural landscape really looked like.  You only get a sense of it through walking into a building on the ground floor on one side and finding that you are on the 5th floor on the other side.  You have to use your imagination to reconstruct the top of mountains that have been taken off in order to create flat playing fields, or to imagine vegetated hillsides where now there are now cemented slopes, each with a registration number.  And, given the hard rock underneath, the slopes have pipes going down the sides.
Discerning the cultural landscape layers underneath Hong Kong also takes work and imagination.  The Ping Shan Heritage Trail helped give me some sense of the much earlier times.  As with many former villages, the cultural landscape of this area is tied to one particular clan–the Tang clan. The trail is in the western part of the New Territories and begins at the Tin Shui Wai rail station.  The first stop is the Tsui Sing Lau Pagoda which was built by Tang Yin-tung more than 600 years ago in the 7th generation of the Tang clan.  Today the pagoda is dwarfed by high rises, but as recent as 1968 it was surrounded by rice fields and wetlands. 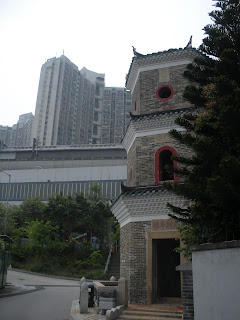 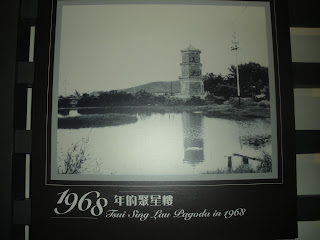 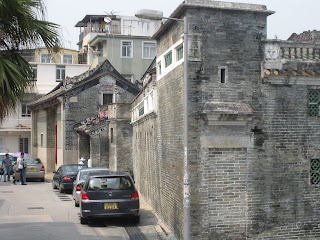 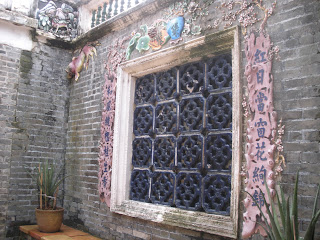 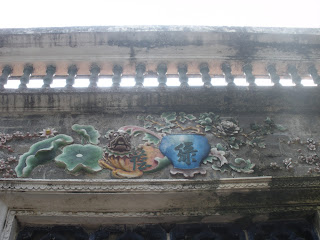 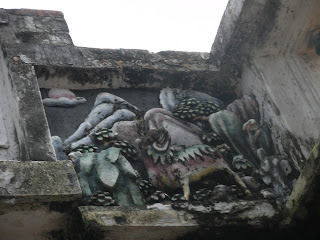 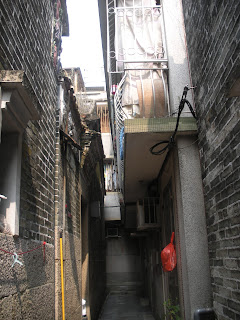 The Kang Yung Study Hall is one of the important features restored.  It reflects the prominence of the Tang Clan in the New Territories, going back to around 1000 A.D.  Such halls were built to reflect devotion to education.  And of course, within the Chinese civilization, passage of the rigorous exams to become part of the civil service or bureaucracy brought great honor to your clan. 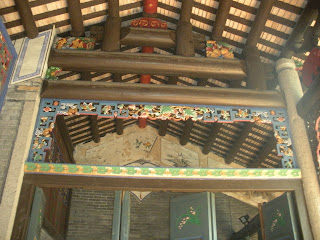 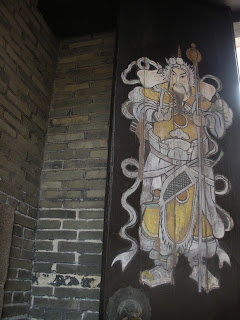 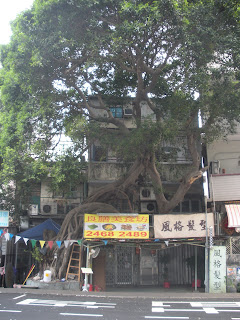 We found the route to be difficult to find at times just because of the hidden nature of these structures in terms of the buildings around.  We finally found the remnant of the old village wall with the gatehouse and some of the old houses.  This finally looked familiar and similar to other Chinese walled villages with their narrow passageways. 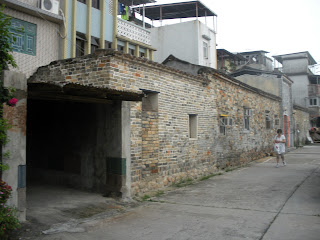 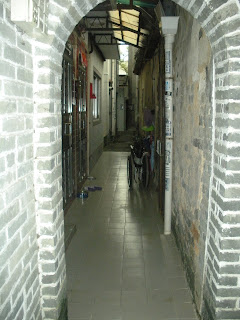 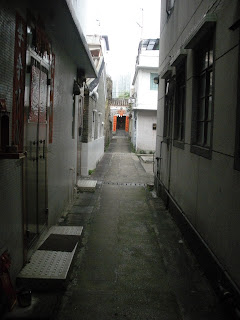 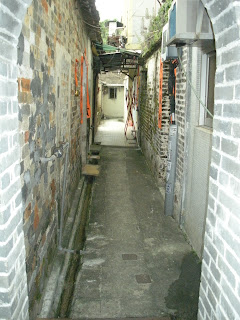 Highrise buildings and other massive works of recent origin so dwarf the past that it takes work to find it. 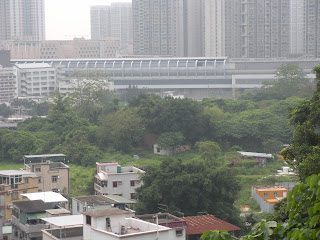