The Chinese Dragon Boat Festival takes place on the fifth day of the fifth lunar month.  I went with several friends to see the main celebration activity–dragon boat races in Shatin.  Teams of men from universities or local organizations or businesses form teams and compete in boats that have dragon heads.  A drummer keeps the team together.  Women also competed in the festival that I attended, but they were in boats called phoenix boats with birds rather than dragons decorating the fronts. 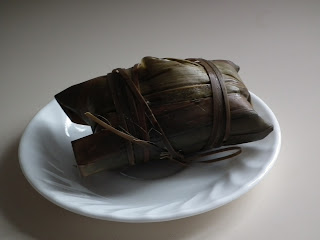 The origin of the festival is related to an attempt to rescue the patriotic poet Chu Yuan who drowned on the fifth day of the fifth lunar month in 277 B.C.  Distressed that the fish would eat his body, the local people through in rice, hoping to detract the fish, so today you are supposed to eat sticky rice dumplings on the holiday.  The dumplings can be a salty version or a sweet version, wrapped in bamboo leaves.I tried to get some of the rice dumplings after the races, but they had none.  I had to settle for a variety of delicious Shanghai hot and spicy dishes. But Polly brought me one on Monday with instruction.  Boil the salty dumpling with with green beans and pork inside in water for 10 minutes. Then unwrap the bamboo leaves and it’s time to serve. 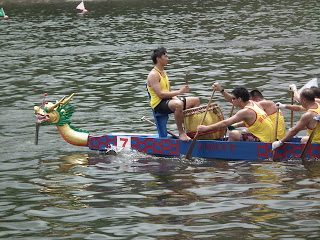 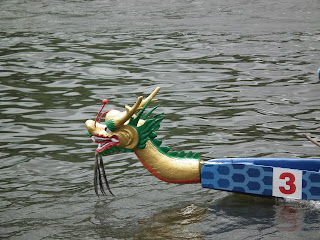 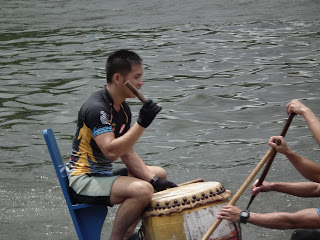 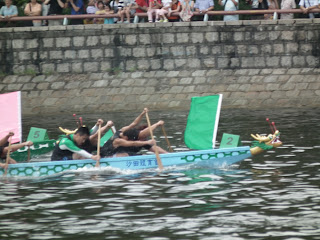 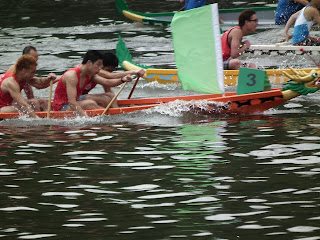 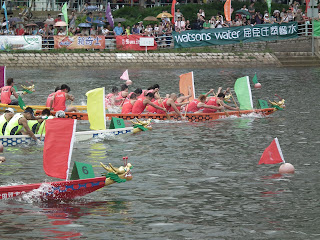 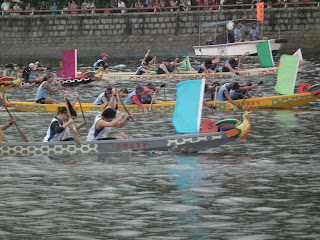 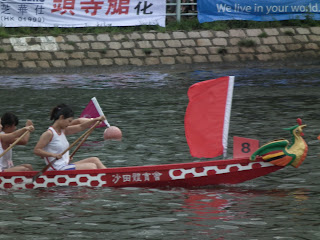 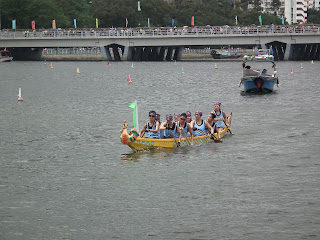 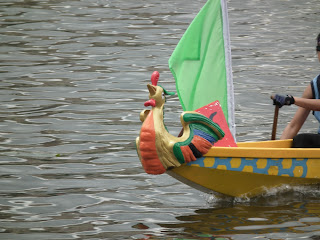 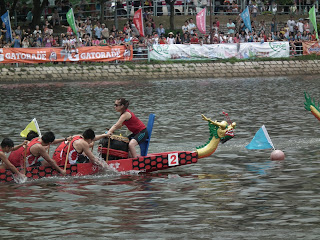 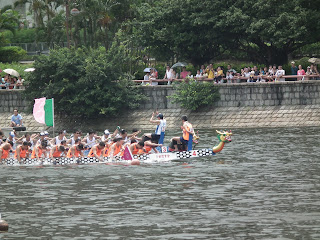 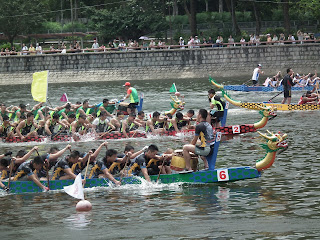 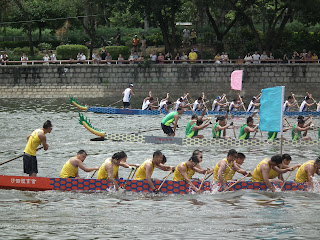