On Sunday afternoon we went on a hike organized by Raymond and Polly.  The northeast side of the Kowloon Peninsula is a Geopark.  Raymond and Polly had wanted to take us to a particular trail in the Geopark.  From the village of Sam Mun Tsai New village, you have to walk along a path through the village and then up along a ridge outward along the peninsula.  This peninsula has many grave sites along the hills.  And off to one side is a large dam that creates the Plover Cove Reservoir.

Soon the tombolo comes into sight!  A tombolo is a sand and gravel spit that connect the mainland to an island.  Often they are underwater during high tide.  This one looks like it has had some help from humans. 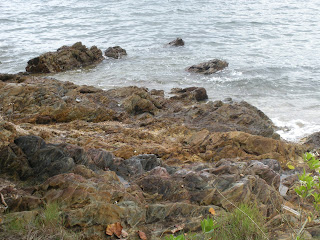 The path in the Geopark follows the southern shore of the island and weaves in and out of the forest along the ocean.  Beautiful rock formation are found along the shoreline. 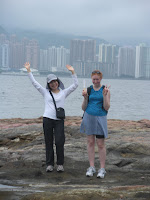 This is one of the few places in Hong Kong where you can see sedimentary rocks, but there has also been folding and faulting in the area so they don’t lay horizontally.  Typical is to see the effects of differential erosion, there the softer ro 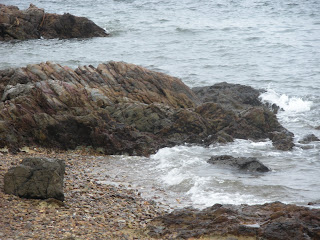 cks have eroded away, leaving ridge of the harder rocks. 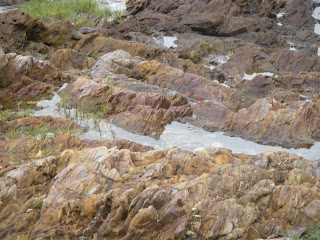 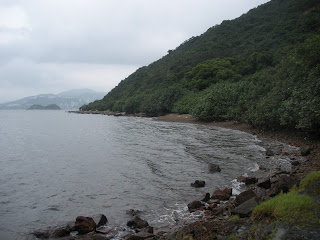 Among the feature that is called an accretion.  These features, with high iron content, grew in size within the rocks.  Once weathering began, the accretions leave behind a rounded hole in the rock.

One of the things we shared with Raymond and Polly was our skill at skipping rocks.  I have laid down the challenge now–Raymond and Polly are going to come visit me in Boston after Raymond has managed 5 skips with one rock.  Polly only has to master a 3 skip-throw, but Raymond thinks this will demand a very rigorous training schedule! 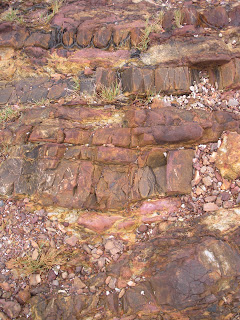 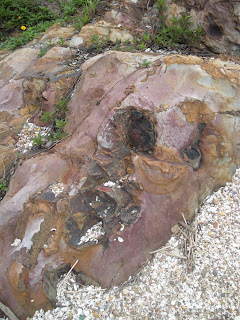 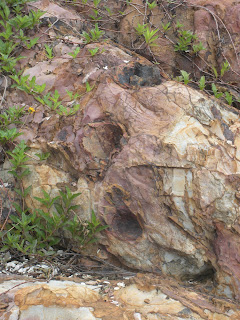 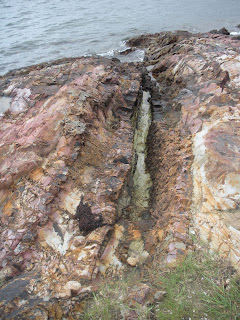 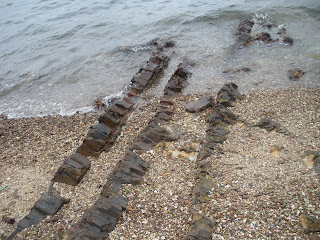 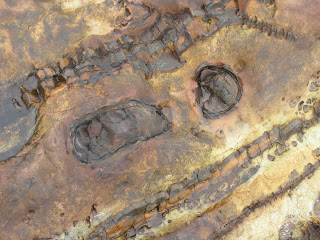 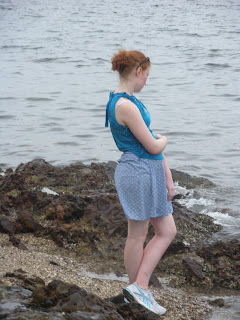 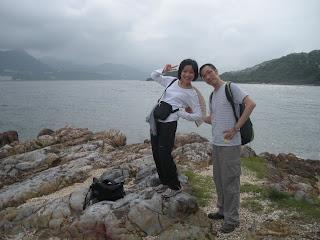 We ended the day by going out for a snack and then off to Raymond and Polly’s apartment for a visit.  We were easily entertained along the way–Karis was amused by the bag of candy that Raymond brought along with a name that was a list of ingredients.  We both were confused by the elevator in their apartment building which has so many missing floors–nothing unlucky like 13 or a number 4 in it.   At least they covered unluckiness in both cultures.   And always, signs are always seem to be “not quite right.”  As we entered a pedestrian tunnel the sign commanded the cyclists to “dismount.”  What a great adventure! 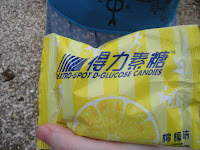 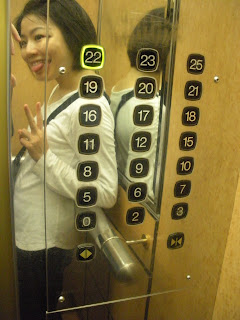 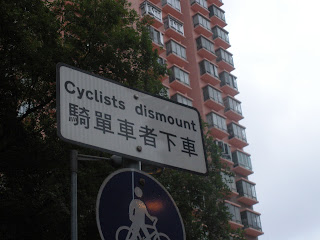