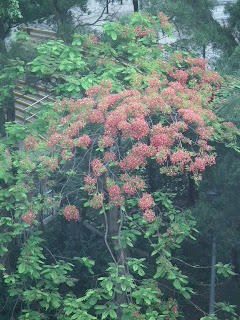 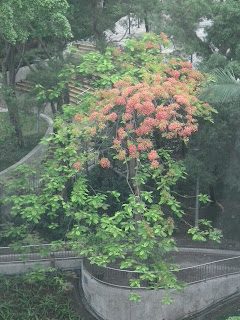 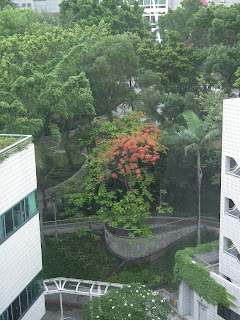 When my older daughter was in grade school, she got a pet turtle.  One day I found her crying in her room.  When I asked her what was wrong, she told me that, unlike a cat, the turtle did not even care when she came home from school and went to see him.

This led to me wonder about the value of the relationship to her, when there was an unresponsive creature on the other end.  At the time I was reading different authors on the feminist theory of ethics called Care Theory.  This helped me think about the ethical value of attentiveness to the “other.”  My daughter over time became attentive to the turtle–she saw how he hibernated in the winter;  she went and got live minnows for him to eat when he started to look lethargic, enriching his environment.  She learned about turtles through being attentive to one turtle and more attentive to natural processes around her.  It was out of this experience that I decided to focus on identifying birds when we lived in New Zealand–it was a way of intensifying our attentiveness.

The balance between human and natural landscapes affects attentiveness to detail in the natural world.  Geographers and artists alike have noted that when nature was threatening–such as the Europe in the times of the development of fairy tales–paintings show little detail and nature is writ large as a fearful place with creatures that can easily overpower humans (and especially human children).  The Puritans, early European settlers to New England in North America, even believed that individuals would revert to savagery is they lived outside the human settlements.  Thus everyone was required to live near the town center.  As the balance between humans and nature changed, we began to pay more attention to the details of nature and paintings began to show individual leaves, flowers, etc. 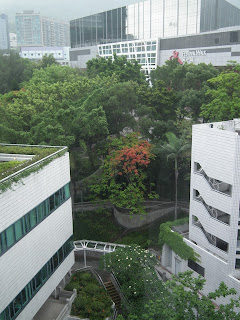 When I was in New Zealand recently I had discussions with people about whether the overpowering presence of nature–mountains and oceans with a low human population–meant that people took nature for granted.  Or did they need something dramatic to catch their attention? This would explain why it was difficult for some people involved in the restoration of native plants to Sanctuary Park to envision that change taking place.  It was too subtle to draw their attention in comparison to the landscapes and scenes around them.  They could not see the details of the changes in process.

Hong Kong, of course, is in great contrast to New Zealand.  Human landscapes dominate.  Individuals nurture plants in pots in their homes and the flower market is very important.  Older men bring their birds in their cages to the park to hang on poles so that they can get fresh air and commune with their wild cousins.
It was in this context–Hong Kong–that a blooming tree caught my eye this morning as I looked out my bedroom window.  I ended up taking a walk and looking for these particular trees along the way, enjoying the color against the background of human landscapes. The development of attentiveness to growing things around us enriches our lives and allows us to develop our ability to care for each other and the places around us.

I once met someone who had a tortoise and said that whenever he was depressed, she would put him in the shower and turn on the water and flash the lights to give him some excitement. I’ve been thinking about getting a tortoise so I can try this out.

1 thought on “>Attentiveness to the Details of Nature”