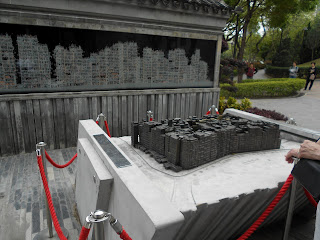 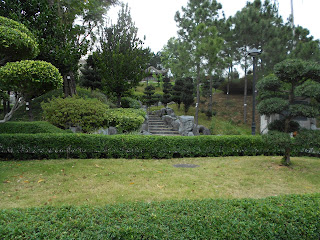 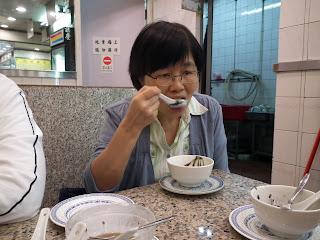 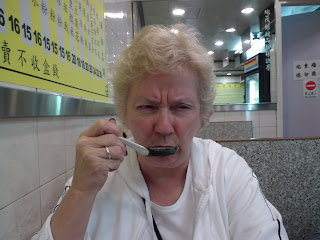 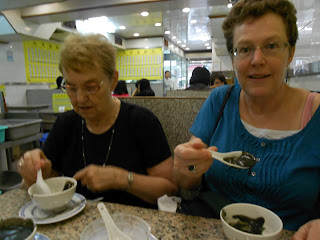 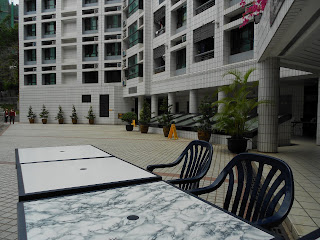 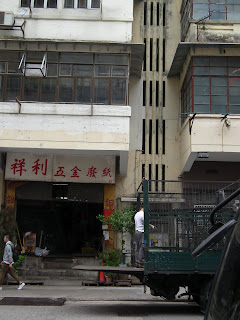 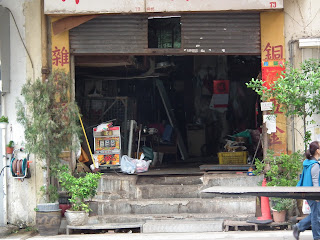 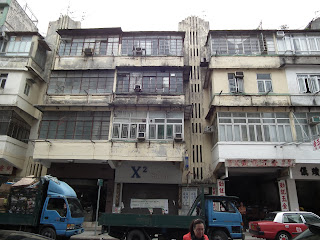 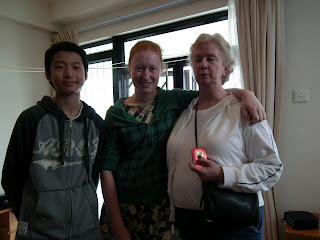 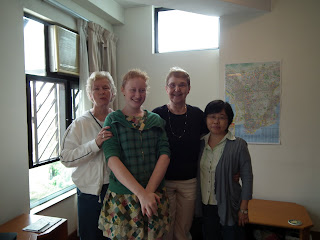 Chi and us, along with Simeon, Chi’s son 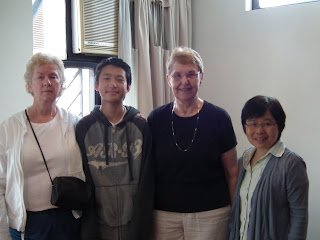 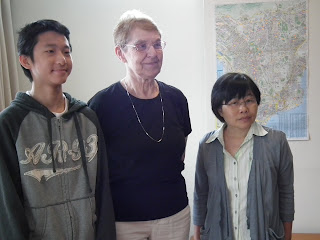 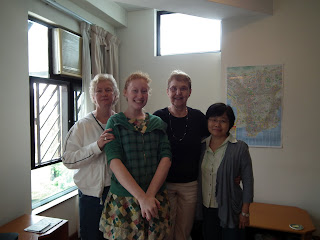 Thursday night we went to Shatin and met Doyle and Dori Carlblom for supper at Ruby Tuesday’s. We enjoyed American food and meeting such friendly relatives. We went to their home afterward and had American muffins and American chocolate brownies and called home with an American phone. Dorothy was happy.

Friday noon we had lunch with Polly at Dan Ryan’s restaurant. We had American food again and speculated on who Dan Ryan was who had both freeways in Chicago and restaurants in Hong Kong named after him. We knew he was a politician–governor of IL? Senator from IL? Chicago politician? Anyone from IL would be corrupt. Afterall, the last two governors are in jail. This was appropriate speculation since the Hong Kong elections happened this week–no democracy there and one candidate was in trouble for illegal building. Sounds like Chicago! It all made us feel like home. Dorothy was happy.

[The Dan Ryan expressway was opened in 1962 and named for Dan Ryan, Jr., the President of the Cook County Board of Commissioners who had worked to accelerate construction of Chicago-area expressways–I have no idea who named the restaurant Dan Ryan and Ruby Tuesday’s.]

Saturday morning was spent with Chi, the mother of a friend of Karis’s who goes to Calvin and is from Hong Kong. After a morning of conversation, she bought Maralyn and Dorothy lunch (Jan was off doing a workshop). When Jan arrived home she went with us to Kowloon City on the little green buses that go everywhere in Hong Kong. (We have gone on ferry, little green bus, train, subway, boat, car, taxi, open-air bus while here). Because she went with us we could go to a local Chinese dessert restaurant. Dorothy had trouble deciding what to order (it was a list with only Chinese characters). We finally looked in the refrigerators and picked out banana pancakes and mango pancakes which were delicious. Jan liked her mango and coconut red bean soup. Chi got something that looked like black jello and did not taste all that good. We ended with hot sesame soup which Dorothy said looked (and tasted) like mud. We wondered how she knew what mud tasted like! After Chi left we went off to the Kowloon Walled City Park which used to be the place where all things bad happen. Sounds like Chicago to me! I wonder what happened to all the politicians when it was razed to the ground and made into a park.

We finished off the week, and Dorothy and Maralyn finished their trip to Hong Kong, by going to St. Andrews Church with us for Palm Sunday service and then in the evening we went with Brad Miller to an American-type restaurant on the 29th floor of a building in the Midlevels on Hong Kong Island. This all was in a very Western and trendy part of the city. It had a great view and the food was fabulous! Dorothy had beef tenderloin and was happy! She chose to not have a coke. She liked all the food, even the dessert. She chose not to try Jan’s sesame mud dessert. We then experienced the last thing Jan had on the list for us–the escalators on Hong Kong Island. Actually they are a series of escalators going up the side of the mountain that are used for commuting to the central business district of Hong Kong.

The suitcases are packed and weighed for the flight home. The taxi has been called by a Chinese friend who can tell it where to go. We are good.