>Since taking the cable car up to the Big Buddha on Lantau Island, I had always wanted to take the hike down the mountain. We could see the hikers underneath us as we went up the cable car. So Saturday, a group of 6 of us decided to do it. We arrived at Big Buddha around noon. We ate at the Buddhist temple vegetarian restaurant and then after many fits and starts, found the path. By then it was 2 p.m. and the last person in the line of people who helped us find the path said: make sure you get down by dark. “Well of course,” we thought! It is only 8 kilometers and it is downhill!

Thus began the adventure. Surprisingly, the first third of the trail was up! At the highest point we were probably at around 500 meters. At that elevation it was just grasses growing. When were were just starting to contemplate turning around, we went up one last long set of steps. Well, actually two scouts went up the set of steps first. It appeared that we would be going after this high point, so we committed. The challenge was that this was all in the fog–it was a dripping, foggy day. As we started down, we would come upon a cable car tower, only we couldn’t see it until we were right next to it. We had to read our surroundings through our ears–we could finally hear the airplanes so we knew we were on the north slope–correct for going down. And we had to read the plants and temperature–we went from grasses to forest and it began to get warmer.

We did make it down. It took 3 hours which wasn’t too bad. At the bottom we learned that this particular path was the rescue trail–straight up and down with no switchbacks. We found leather beaters that you were supposed to borrow to put out fires with instructions to be sure and return them after you used them. Then there was the mile-long walk to the subway that first passed through a mangrove swamp and a large housing estate–but it was flat. And then a stop at Starbucks before starting home.

All in all–it was great! One person had a pedometer on and told us we had walked 16,000 steps and it felt like a re-enactment of the Bataan death march–I think the part about the 16,000 steps should be taken literally. Who built those 16,000 steps? 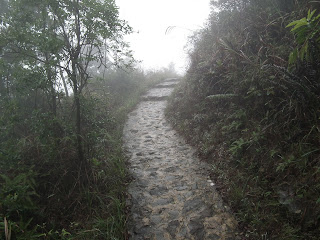 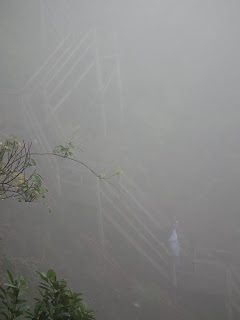 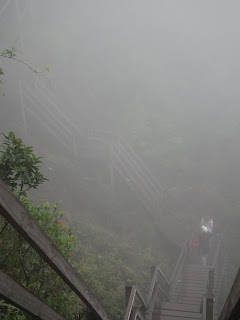 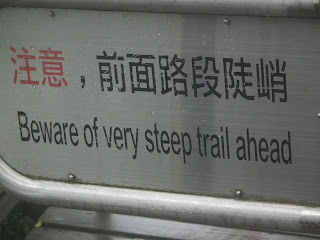 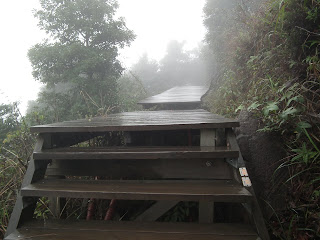 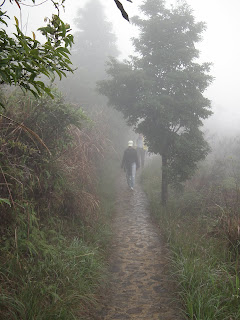 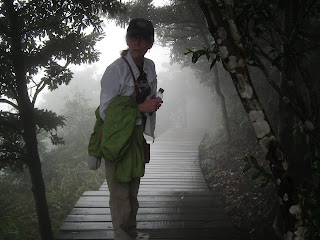 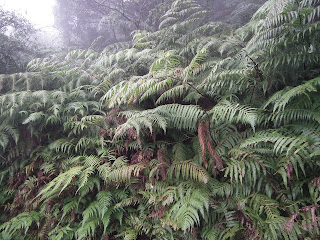 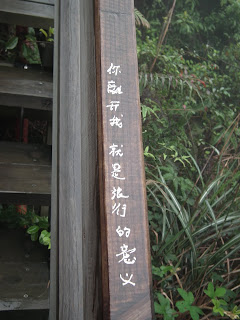 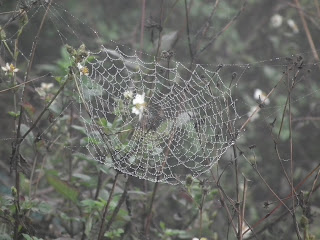 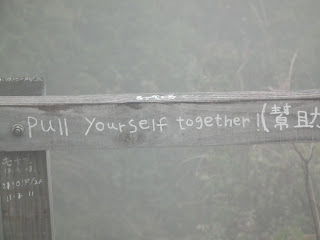 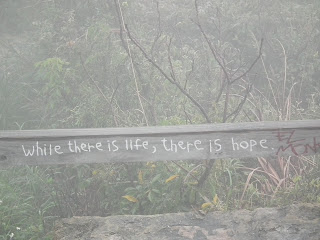 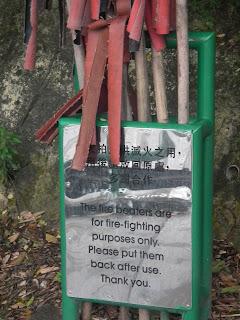 Every day fire beaters–please put them back when done. 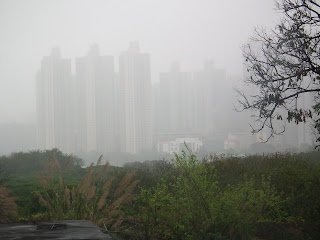 Finally, the end is in sight but still some distance off. 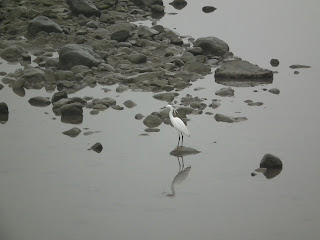 In the mangrove swamp 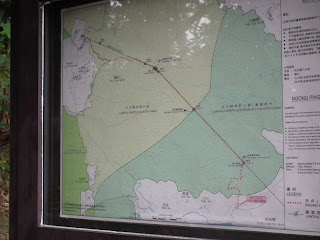 Yes, it was a rescue trail!