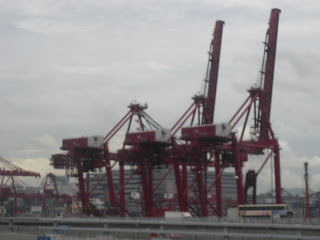 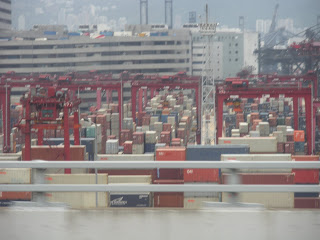 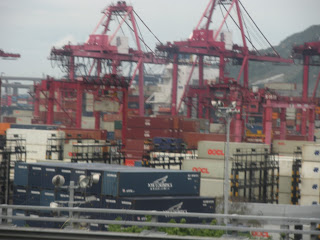 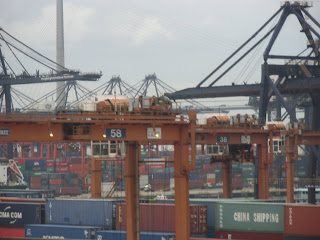 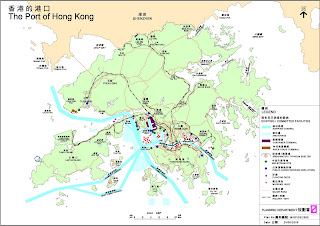 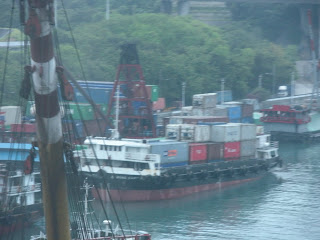 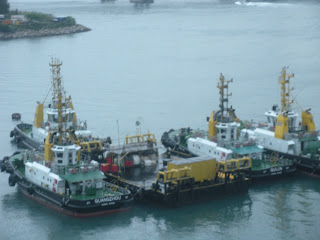 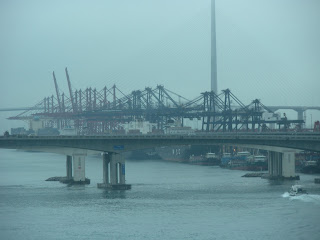 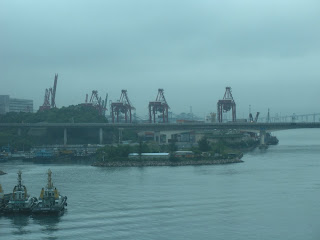 Hong Kong (which means fragrant harbor), is an entrepot for Southern China since the original British traders settled after obtaining Hong Kong Island from the Chinese. (An entrepot is a place where goods are taken off one type of transportation, sorted, stored, and then distributed out again.)

If you are interested in that history, an excellent historic novel is Taipan. The novel portrays how many thought that Hong Kong Island was merely a “rock” and not worth having. It is similar to views in the U.S. on the purchase of Alaska–“Seward’s Icebox; Seward’s Folly.” These skeptics were soon proven wrong. Like NYC, Hong Kong island and Kowloon peninsula have together a long coastline for port facilities. In addition, this harbor is deep and offers a safe haven for ships while being in close proximity to the Pearl River Delta Region. The Pearl River Delta region is a huge industrial region in southern China.

In the past, cargo was taken off ships by longshoremen. But gradually the world has gone to packaging everything in containers. These containers are the size of semi-truck trailers or train cars. This saves in labor and time. Hong Kong has been such a container port for almost 40 years. What you see in a container port are the rows of hoists that move containers around the port and on and off ships. If you’ve ever seen a ship loaded with containers, it looks very top heavy and you wonder what keeps it from tipping over. Oceanographers study Pacific Ocean currents by tracing cargo that has fallen off such ships.

In 2009, 205,510 ships, comprising both ocean-going vessels and river trade vessels for cargo and passenger traffic, visited the port of Hong Kong.

3 thoughts on “>The Port of Hong Kong”