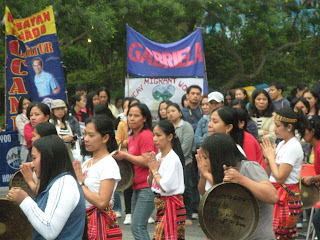 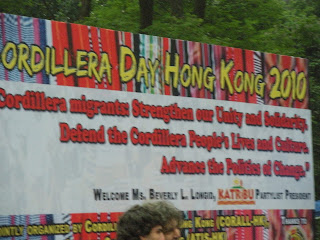 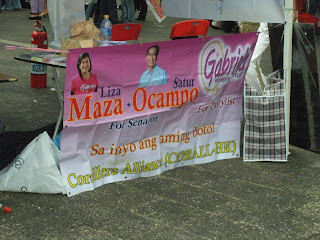 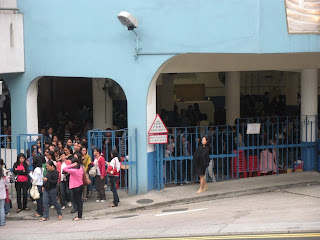 On Sundays and some holidays the parks and churches are full of Philippino domestic workers. The invisible becomes visible. Over Easter weekend, the tunnels leading to the subways and ferries and parks were full of groups of them sitting on blankets. There also appeared to be some type of event–it looked like a political campaign that went on for several days near the Central station on Hong Kong Island. As it turned out, the newspaper report that Hong Kong’s Philippine workers voted in their national election a month ahead of voters at home this week in Hong Kong. In Hong Kong 95,355 workers were registered to cast their ballots.