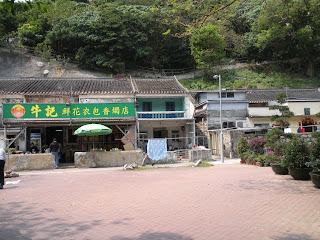 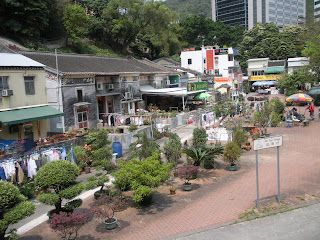 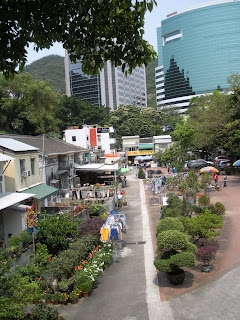 Village by the train station and huge mall. 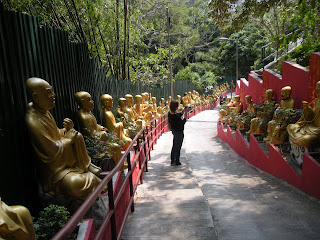 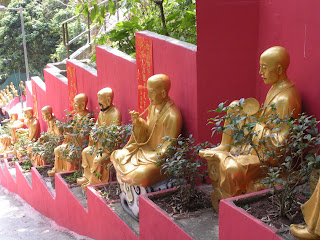 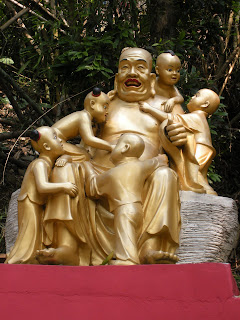 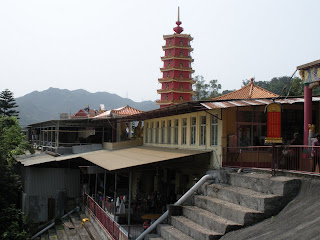 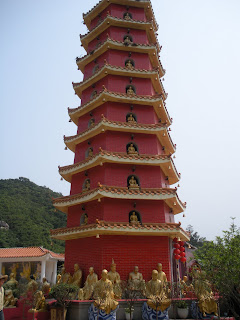 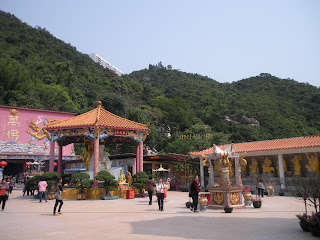 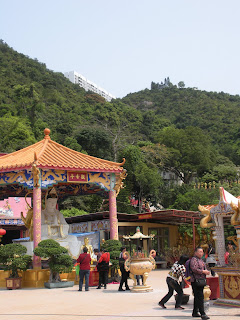 Notice the development on the hillside behind. 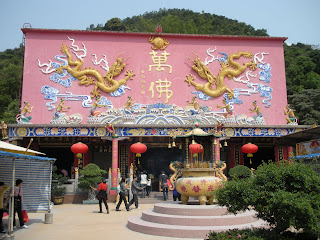 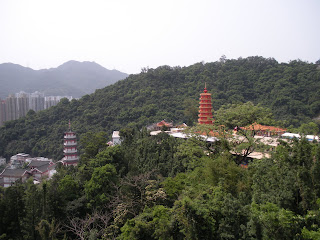 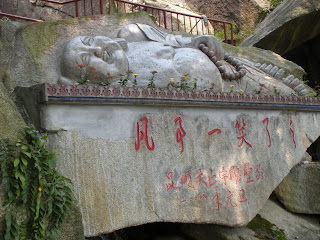 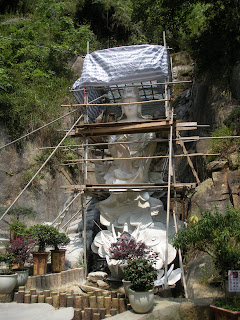 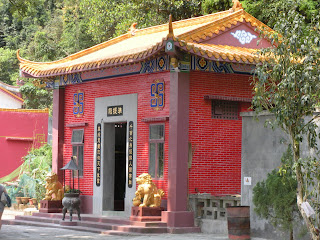 I visited the Buddhist temple of the Ten Thousand Buddhas this week, completed in the 1950s. It is in Sha Tin, in the New Territories. As you come off the train, the station is (again) attached to a mall. But as you walk out of the station to the outside you go by what remains of the village of Sha Tin. It is a study in contrasts within feet of each other.

It is only about two blocks to find the path that goes up to the temple on the edge of another building with an IKEA and other home-related stores. The path goes up the hill behind the development and it soon becomes quit. Buddhas line the path as you climb the steep hillside. Each of the life-size figures, all gold colored, are unique. It is like walking through a sea of humanity (with an emphasis on huMANity, though you finally do come to some female figures). They often have names plates on the figures, making me wonder if families have contributed to each figure in honor of their ancestors. But I haven’t been able to find out. When you reach the main are, small Buddhas line the walls of the temple. There are also figures that look very Indian-Hindu to me.

If you go up yet further to some buildings above the temple and pagoda, several buildings that appear to be ancestral halls are found. It is a beautiful and quiet site in the midst of the trees on the hillside, a place worth going back to in order to just sit.