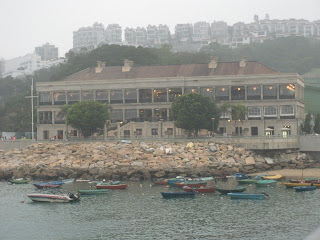 This is an old colonial building that was moved from Central to Repulse Bay area. See the contrast with the development behind. 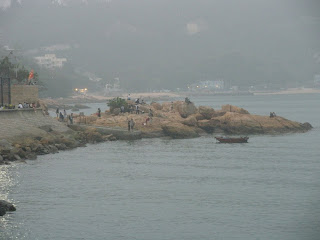 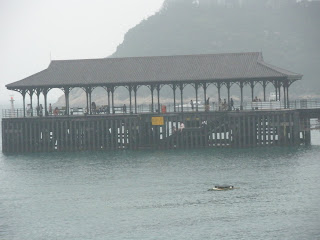 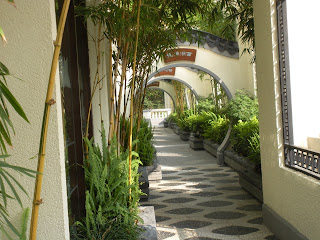 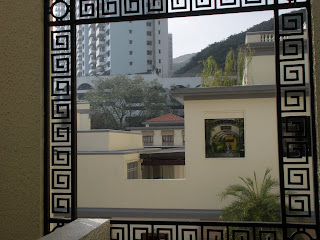 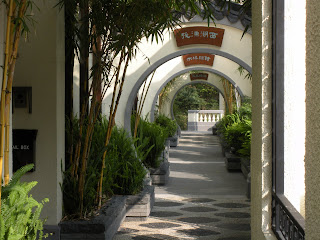 In an old, classic hotel, the keyhole shape, is also part of feng shui. 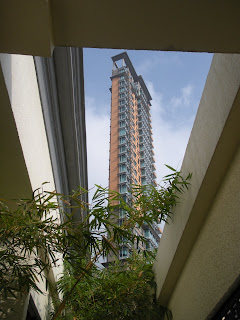 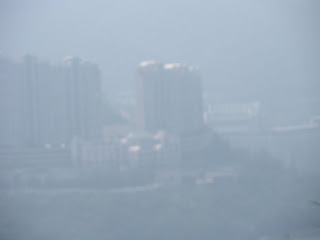 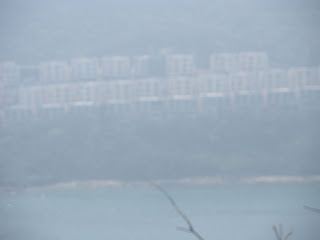 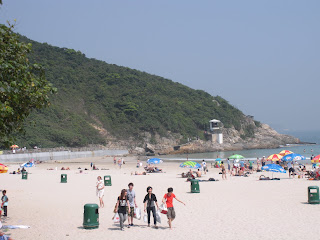 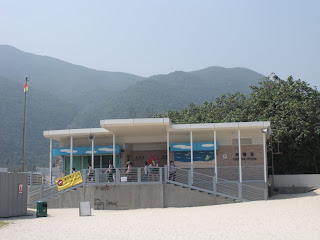 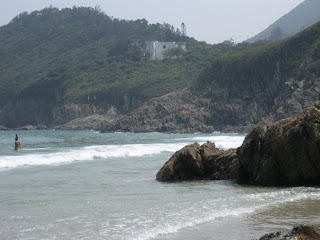 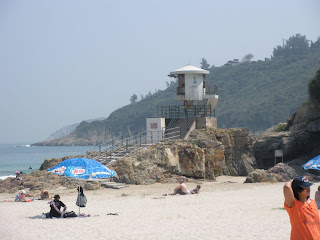 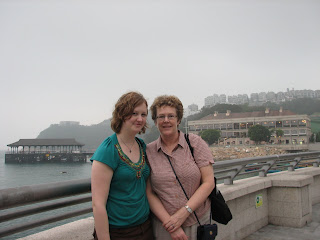 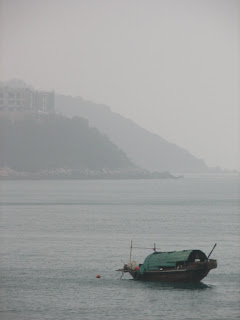 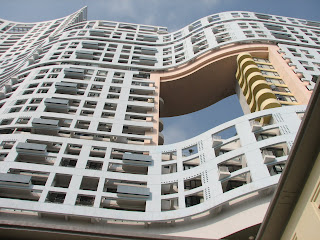 The opening in this upscale building is there because of feng shui. It allowed the building to be located here and still remain aligned correctly. So even though this part of Hong Kong is very western, the Chinese cultural influence is very strong. 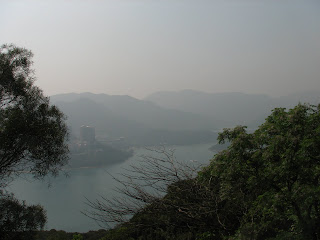 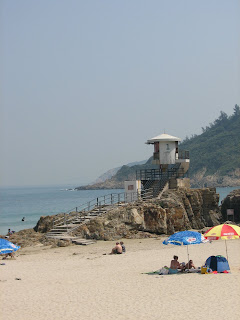 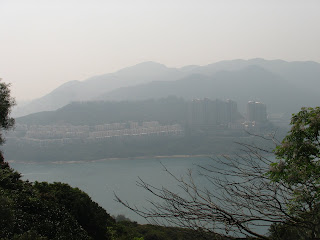 Hong Kong Island is a world apart from where I live, which tends to be very Chinese. We had the chance to go with someone who had a car and drove to the far side of Hong Kong Island over the weekend. The center of the island is mountainous, but westerners have populated the side of the hills on the harbor facing direction, attracted to the view and the cooler temperatures.

I was glad to be able to see “the other side of the mountain” on the island. Along with the midlevels on the harbor side, and the communities up on the peak, these are both western and extremely expensive areas.

We went to Repulse Bay and the town of Stanley, both western enclaves. It was like being in a rich California suburb, with an American club, upscale hotels and clubs, and a real mix of population.