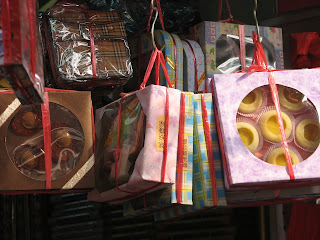 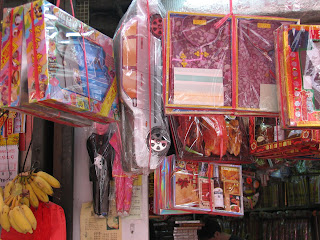 Paper models of item to burn for those who have died. A friend told me her mother had a paper rice-cooker made to burn for her father when he died. 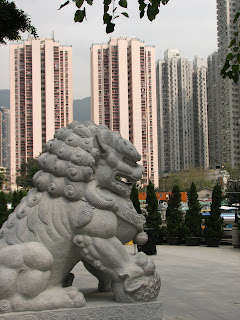 The temple is in an area that is now quite built up. 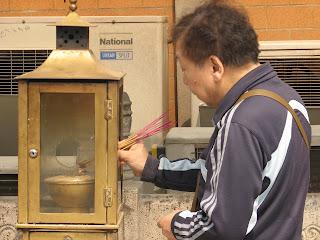 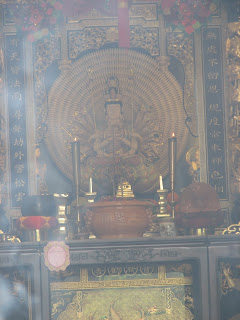 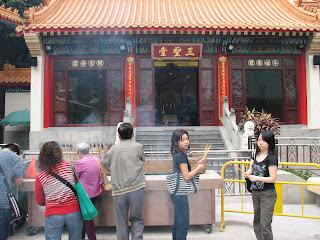 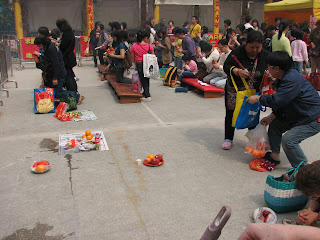 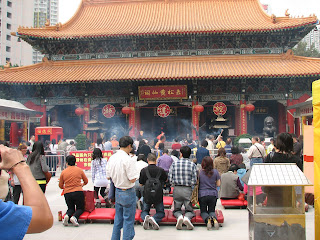 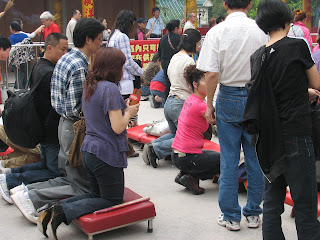 You shake the can and a number comes out that then is attached to a particular answer to a question. 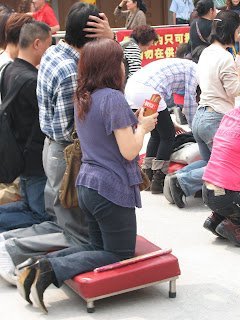 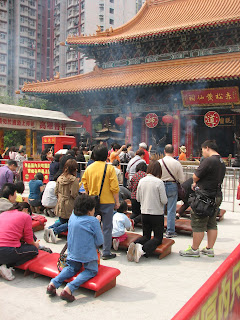 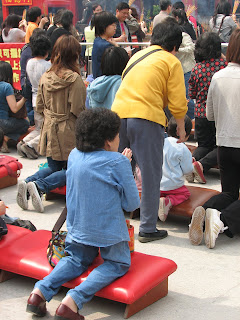 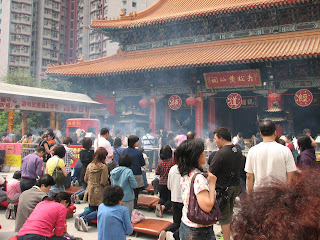 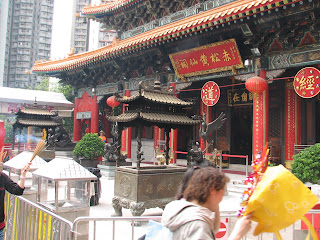 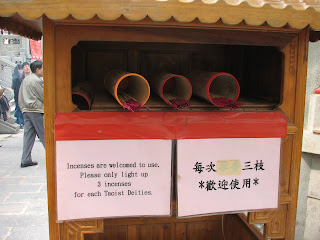 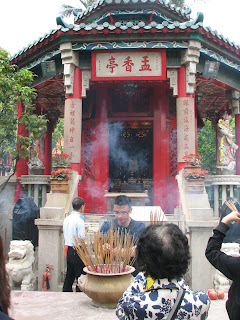 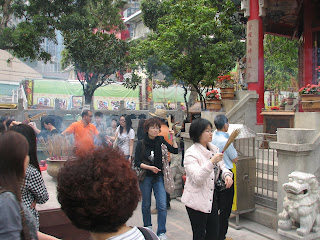 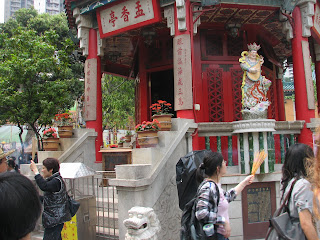 Every day I encounter something that is underneath my surface perception. For example,
I was with a colleague recently and she told me that her mother was a second wife (concubine). This colleague has a Ph.D. and three grown children. She said that the practice was finally outlawed in the early 1970s, but while she was growing up almost all of her friends came from such families. When her father died, his money was given to the sons. My friend wanted to go to college and ended up working her way through–her brothers would not support her choice.

We started talking about her daughter-in-law who is going to have a baby in 6 months. She was having trouble being able to book a time for the birth in a hospital. I kept asking, “but how can you decide on a time for the birth?” She said most people book ten months ahead. Ten months??? As it turns out, many people from mainland China try to come to Hong Kong to give births.

I picked up the newspaper on my way home from work the next day. On the front page there was an article on the high rates of Caesarean sections in Hong Kong. 40% across the city with 59% in private hospitals. The rate in the developed world is 20 percent. At least one quarter of the Caesarean sections in HK are requested for reasons other than medical ones–fung shui–they want to pick the date of the birth. And those from mainland China want to plan for the birth, get their identity documents for the child and leave within a week. Caesareans are more predictable.

Often you hear about Chinese culture and the ethic of harmony with nature. But that harmony is one that is very much controlled. I remember reading a book by geographer Yi-Fu Tuan where he talked about the Chinese breeding carp with larger and larger eyes until they could not swim. I’m not sure the men treated the women much differently.

One of my tasks here is to review course proposals for the general education program. One course that will be required of all students is one on Chinese civilisation. Several of us have gone round and round with the Chinese Civilization program–the course as proposed is about dynasties, Confucionism, Daoism, etc. I call this the “big man” approach to history.

What about women and their place in history? They were concubines, they suffered foot-binding, and were considered vessels for the birth of sons. What about the ritual practices of the families of the students and the history of these families? Rather than talking about Buddhism in the abstract, how about exploring practices as they exist today? How about the men who served and died for the dynasties–the millions who suffered under Mao? How will that class help the students understand themselves and where they come from? Many of them come from poor families who fled China after 1949. How about the “common and real person” history? How about making women visible?

I’ve attached some photos from a Wong Tai Sin Taoist Temple we visited. It was packed with people. People were providing food for people who had died, burn incense and also paper clothes and items for them. This is religion at the local level, practiced by real people.