In his book Across this Land, John Hudson makes the statement to the effect that if North America had been settled from west to east, New England would be a wilderness area today.  I now live in the midst of that ‘wilderness,’ among the forests and rocks of New England, in the epicenter of medical research and world-class higher education and can’t help but reflect on Hudson’s observation.  It’s interesting to me how much time and direction have become mutually interacting forces that shape our lives and the directions of civilizations as they unfold.
As I made my road trip from Michigan to my new home in Massachusetts several weeks ago, moving against the direction of my ancestral, I contemplated their timeline, the direction of their migration, and my own sense of self.   I was moving to a place near where my ancestors settled in the 1630s.

I had grown up with a family history book on our shelf that told our story and traced it back to this area of New England.  Before the move, when I was cleaning and packing, my daughter began to read a book from my shelf that had been given to one of my great, great, etc. grandfathers in Francistown, NH.  So with this move, in some sense, I was going backward.   And I was bringing those same family books and items, once passed down to me, back to their origins.  Direction and time were crossing each other as I journeyed into my future. 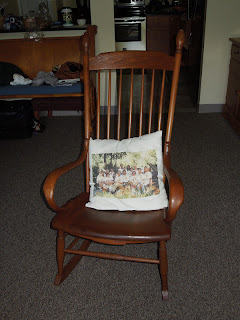 Other societies have different cultural frameworks for the relationship between direction and time.  The Yupno tribe of Papua New Guinea, for instance, sees the past as always downhill and the future as uphill, perhaps mirroring the migration of their tribe from the coast upward into the hills.  But time and place are more complicated than this simple framework. Time for the Yupno is not linear, merely extending from the coast upward toward the mountains. Time is also anchored to smaller-scale topographic features.  They point toward a doorway when talking about the past and move away from the door when referring to the future.

Of course, North American culture has its own associations.  Generally we “face” west, the direction of movement—and perceived success—for European settlement. We “leave the past behind” and “face the future,” the west becoming the proverbial metaphor for adventure and new conquests. “Go west, young man, Go west!”
Yet as I traveled east toward New England, I discovered new metaphors. We took the freeway that follows the Erie Canal.  This line in the landscape, now obscured by overgrowth in most places, moved my ancestors from east to west, their migration to the Midwest corresponding to the time of the canal’s height.  My mother, who joined me on my road trip, and I stopped along the way to see some of the remnants of the canal.  At one of those stops, we went to Seneca Falls, NY, which had a canal that connected to the Erie Canal. I had always wanted to go there because it was the birthplace of the movement to give women voting rights. 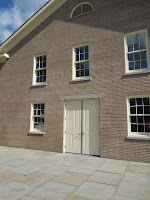 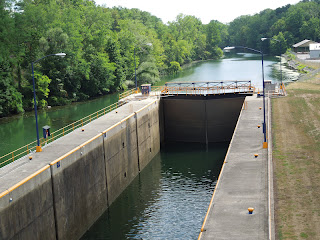 And never did those who began that movement believe it would take so long to get to where we are now in 2012.  After all, I was moving to Massachusetts to become the first woman provost at a college founded in 1889 as a missionary training school, whose first students included women and African Americans. It has been an arduous journey forward for women, and on a personal level, I’ve been moving through the space of my own family and personal history eastward—backwards, yet very much forwards.

2 thoughts on “Time and Direction”